What is Christian Science?

A Christian religion based on the Bible,including the Ten Commandments and Christ Jesus’ Sermon on the Mount in Matthew 5,6,7. Students of this religion strive to heal their problems through Christ Jesus’ example of prayer that acknowledges the infinite love of God and the spiritual truth of man as God’s image and likeness.

Why is it called “Science”?

Because God is knowable, as the Bible teaches, and because this knowledge can be applied to daily experience.

Is Christian Science the same as the church of Scientology?

There is no connection between the two. Christian Science is a Bible-centered Christian religion based on trust in God, established to enable adherents to follow the words and works of Christ Jesus in healing. Scientology, a belief system not based on the Bible, was started in 1952 by L. Ron Hubbard, an American fiction author.

Is Christian Science an American religion?

America was fertile ground for a new religion because of our relative freedom of religion. Today there are churches and members in about 70 countries, including North and South America, Europe, Africa, Asia, Russia, Japan, Australia, the United Kingdom, etc.

The Christian Science Monitor is a weekly newspaper. See www.csmonitor.com

Who is Mary Baker Eddy?

A New England woman,who in 1866, after experiencing the healing power of prayer by turning to one of Jesus’ healings in the book of Matthew, focused her life on writing the Christian Science textbook, Science and Health with Key to the Scriptures. She also established the Christian Science Church headquartered in Boston, Mass.

How true is it that Christian Scientists don’t believe in doctors?

They strive to trust God for healing as much as possible in order to follow the Master’s command that his followers imitate his life example and his works.

What is a Christian Science practitioner?

A person who is available to pray specifically for anyone relying on prayer alone to solve the problem confronting him. The practitioner will also give him references from the Bible and Science and Health to strengthen his faith and increase his understanding of the true spiritual nature of God, and man as His beloved child.

We have free Christian Science literature available at the church building, including past issues of the weekly Sentinel, and the monthly Journal.

We have a lending library where you can borrow books and pamphlets on Christian Science, as well as Bible resource material.

To learn more about our church headquarters in Boston, Massachusetts, go to: christianscience.com 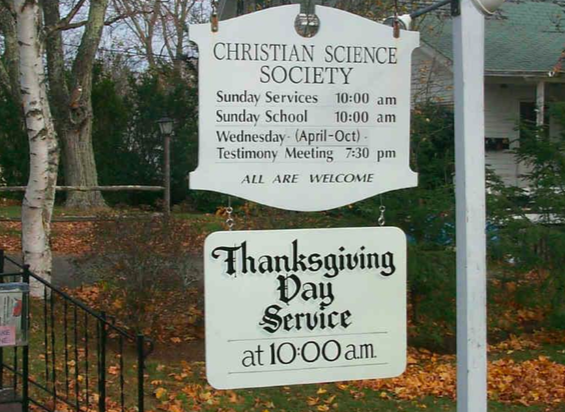 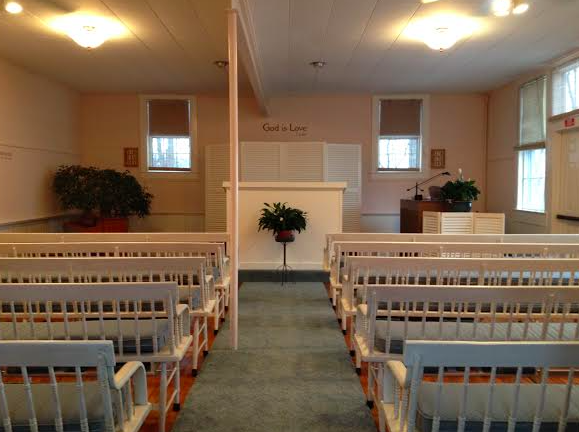